Funny stuff. I'd love to go to Japan someday, but I have a feeling I'd be disappointed if I didn't see stuff like this going on in the streets everyday. I wonder how a stunt like this would have been received over here in the states. I'd try to find out, but my Vader suit is at the cleaners and I don't know how to dance...

Penny Arcade is a great online comic, and they are also full of great advice. As this drawing, and shirt image, illustrates: when you are playing Team Fortress 2 you should focus your firepower on the guy healing the guy killing you... Here is the original comic that inspired this shirt.

On a related note, Team Fortress 2 is an awesome game. If you find yourself with some money to burn, you owe it to yourself to pickup Valve's Orange Box. It is chock full of awesomeness. Inside this one box you will find Half Life 2, Half Life 2: Episodes 1 & 2, Portal (The Cake is a Lie...), and Team Fortress 2. As a bonus, you get a taste of Peggle with Peggle: Extreme. Try to resist buying Peggle: Deluxe (the full meal) after this little appetizer. You can get Orange Box online via Steam, or buy it in stores if you need to display a box on your wall to show all who enter your abode that you are rocking the latest in gaming goodness.

Ubuntu 7.10 (Gutsy Gibbon) was released yesterday and is ready for mass consumption. You can read the press release for it here, and download it here. When you download Ubuntu you get a cd image that you burn to a disk to create a "Live CD." What this means is that you can reboot your machine with the Ubuntu disk in your drive and try it out without installing it. If you do want to install it, there's a link on the desktop to install Ubuntu. It's that easy. Linux is getting better and better on the desktop and in my opinion Ubuntu is one of the best distributions out there.

One of the first things you'll probably notice about this new version of Ubuntu is that desktop effects are enabled by default. This means you'll get "Vista-Like" or "Mac OSX-Like" visual effects when using the operating system. If you're running Ubuntu on a laptop there are improved battery and power management tools built into this version. They've also finally built multiple monitor support into this version. So, if you want to use your laptop with a projector this is now supported by default through the graphical user interface. They've event added support for the NTFS file system. This is a great boon for dual-booters. Read about all the new features here.

So, if you're looking for something different, especially if you're used to using Windows, give Ubuntu a try. If anything, just reboot with the Live CD. You can play around with it and when you're done just pull out the disk and restart your computer and you're right back to your security blanket (Windows).

How awesome does this game look? Once again, Nintendo shows everyone how powerful the Wii can be. Hopefully some of the third-party developers will look at Super Mario Galaxy and start designing their games to take better advantage of the Wii's graphics. In any event, we have Galaxy to look forward to. It's still set to release on November 12th of this year. Too bad Smash Bros. was delayed to February...

Here's a link to the original (higher quality) trailer. I had to resize the video to fit on this page and the quality suffered a bit. 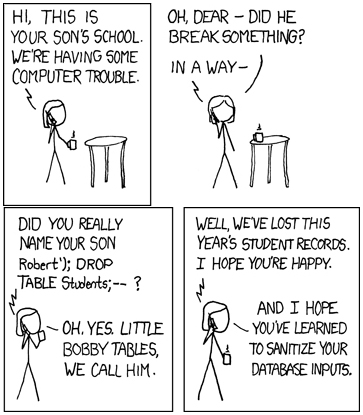 xkcd is like the best comic ever. If you get this joke, give yourself a cookie. And let me know in the comments so I can take stock of my fellow geek friends ;-)

As each item sells off, a new one becomes available. Act fast and you might get a great deal. I'd recommend creating an account before you see an item you want, otherwise it might be sold out before you can buy it...

These don't last forever, so get going (and press F5 often) => 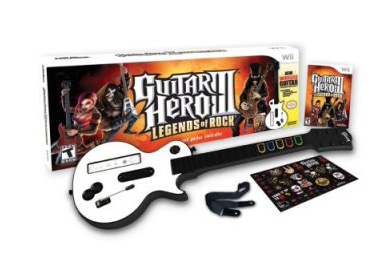 Don't ask me why, but I'm excited about this game. I realize that playing "music" on a fake guitar sounds lame, but don't knock it until you try it. Click here to see the current full list of songs for Guitar Hero III. 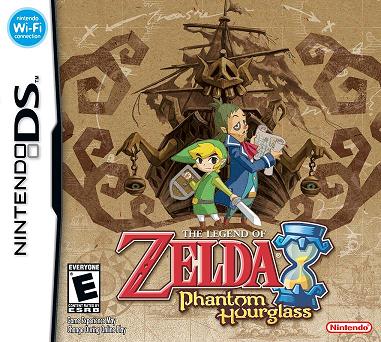 If you didn't know already, The Legend of Zelda: Phantom Hourglass was released yesterday in the United States for the Nintendo DS. I want this game really bad, but because I put it on my birthday list and my birthday is at the end of this month I have to wait... Just so you know, if I don't get it for my birthday, I will be buying it anyway ;-).

Why do I want this game? First, it's Zelda. If I had to rank them, Zelda is probably my favorite Nintendo franchise. If I was in a room with a crazy cartoon murderer and he told me to choose between Mario and Link, I'd tell him to kill Link. (Because he's a crazy cartoon murderer and crazy cartoon murderers always do the opposite of what you tell them to do, trust me on this one). Second, Zelda: Phantom Hourglass is a sequel to my favorite Zelda game: The Wind Waker. Third, this game was one of the reasons I bought a Nintendo DS. Seriously, this game was announced in March of 2006 and I purchased my DS Lite in June of 2006. It was part of my purchasing decision.

The artwork in Phantom Hourglass is very similar to The Wind Waker with 3D cel-shaded graphics that give the characters a "cartoony" look. This art style has been a point of contention ever since The Wind Waker came out. There were a lot of critics because the previous Zelda was more "realistic" looking. I don't know how realistic a pointy-eared video game character can look, but people complained nonetheless. For some reason they felt it was a step backwards. However, I think the graphics were very impressive. I think the cel-shaded graphics fit this game very well, it's like playing in a cartoon...

The controls of this game are very different than any previous Zelda title. You control Link using just the stylus. This is my one trepidation about this game. Animal Crossing had very similar controls and I found myself using the directional pad more than the stylus. As far as I know, Phantom Hourglass does not give you the option to fall back to the D-pad for movement. If I had to pick something that would prevent me from enjoying this game it would be poor controls. What remains to be seen is if my fears are baseless or not.

The game sells for $35, and I wouldn't expect it to drop anytime soon. This game sold like gangbusters in Japan (over 350,000 in the first week). Until I play it I can't give it my official approval, but I'd recommend picking it up if you're a Zelda fan of any sort.