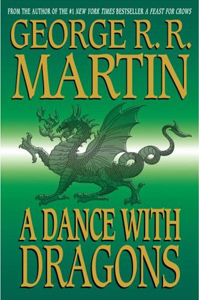 This is for all you folks that I have gotten addicted to George R.R. Martin's a Song of Ice and Fire series. The fifth book has been given a release date: September 30th, 2008. Of course this is much later than many have hoped, and is still awhile out; however, I am very happy to have something tangible to look forwards to.

If you are unfamiliar with the series, I whole-heartedly suggest that you give it more than a cursory glance. I can unequivocally say that this is the best fantasy series that I have read in a long time if not ever. It is very difficult to say why I like this series so much without spoilers, but let me just say that Mr Martin in unafraid of breaking the mold. Much like I was pleasantly surprised with how Firefly was not your typical scifi show, I have been both shocked and pleased by George R.R. Martin's unique writing style and story telling.

I broke my headphones again :-( 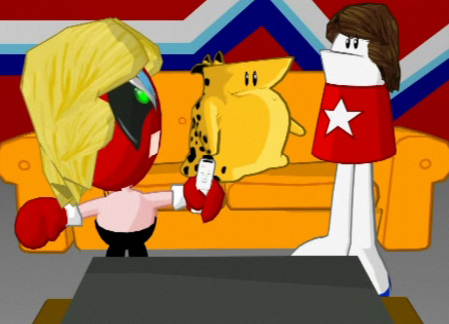 Holy crap this is awesome. My favorite online cartoon is soon going to be an episodic point and click adventure game on the Nintendo Wii (and PC.) You will be able to get the game on the Wii this June when WiiWare is launched. WiiWare is Nintendo's new download-able game service for the Nintendo Wii. This is different from the Virtual Console due to the fact that WiiWare title are new games, not emulations of old ones. Watch the Trailer and find out more details here. The game is going to use the TellTale game engine, so I can only assume that this means that the Sam and Max games will probably be coming to WiiWare as well.

I've been converting my family's home videos to digital. This video is of my little brother, Jake, singing a song that his older sister sung in a big group at school. For some reason I think it is so cute and entertaining that I have probably watched it about ten times and hasn't gotten old to me yet. It's probably just me, though...