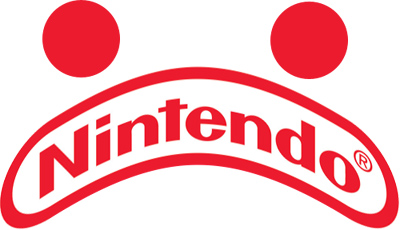 My only gaming consoles are a Nintendo Wii and a Nintendo DS. As a result, I usually follow closely what Nintendo is up to. Today, they held their annual press conference at the E3 Expo, and I have to say that I was less than impressed. Promises were made that I feel were not kept, and Nintendo seems to be veering further and further from their core audience that has been with them over the years and steering more towards their new "casual" audience. Some may argue that Nintendo is not competing with Sony and Microsoft, but I would argue right back that they are. Yesterday at their own press conference, Microsoft announced coming features to the Xbox 360 that are obviously designed to compete directly with the Nintendo Wii. It is pretty apparent that Microsoft is copying Nintendo. Micrososft can see when Nintendo has done something smart and innovative, and I wish that Nintendo could see the same in Microsoft, especially when it comes to online play. Nintendo has gone from third place during the last console cycle to a very solid first place this cycle. They have secured this new position by appealing to the mass gaming audience instead of just focusing on their older core gamers. As a result I understand that they are continuing to focus on easily-accessible, casual games, but I really wish that they would also continue to cater to the gamers that stuck with them through the rougher times.

The MotionPlus sounds interesting, and may finally make games that involve sword fighting and lightsaber dueling a reality. However, with no pricing information announced I am still on the fence as to whether I intend to purchase the accessory. I am confused by the WiiSpeak, and I wonder how well it will work. The Xbox 360 implements voice chat in their games via a headset microphone, and that seems like a more ideal situation to me. A microphone sitting on your television picking up all the sound in the room just doesn't seem like that smart of an idea. I would definitely recommend reading reviews on the device once it comes out before purchasing.

Some of the games highlighted for the Wii during the press conference included the aforementioned Wii Sports Resort and Animal Crossing: City Folk as well as Wii Music. Games announced for the DS included Grand Theft Auto: Chinatown Wars, some Pokemon Ranger games, and a Cooking Guide (a cookbook application). Wii Sports was a hit success for Nintendo so I am not surprised that they have created a sequel, and it looks like it should be fun. Animal Crossing also looks like it could be fun, but the fun factor could depend on how many people you know who also have the game. GTA for the DS sounds interesting, but there was no gameplay footage shown, and that makes me a little nervous. I can't stand the Pokemon Ranger games, so that definitely does not excite me. Depending on reviews, the Cooking Guide might be a cool tool.

Guarded reservations, that pretty much sums up my impression of Nintendo's announcements. For more details on coming games, you can check out Nintendo's E3 website. Please feel free to add any comments, I'm definitely open for a conversation on this subject.